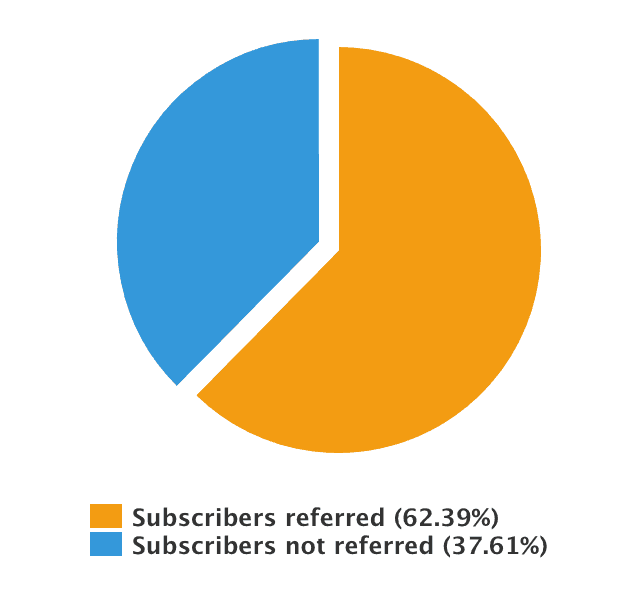 Building an email list can take FOREVER. So many great guides talk of going from 5K – 50K but very few talk of starting from ground zero.

Today we’re going to show you exactly this:

How TOKAY Ultimate went from ZERO to 2502 email sign-ups in a couple of weeks. And in the process, 143% of their Kickstarter funding target.

Best of all. This was done with zero paid acquisition –  Kudos to them!

TOKAY Ultimate — a brand new company with zero customers and zero friends in high places, somehow convinced plus 2,000 people to hand over their email addresses.

All it took was some smart thinking and the use of a viral campaign with Maître to rocket their email list by 2500… in just 4 weeks.

Read on to learn how.

Getting over the 1,000 emails barrier

The TOKAY team had just launched their website and no one knew anything about the special shoes designed just for their sport — ultimate frisbee.

Meet Robin, the founder of TOKAY:

They hadn’t even launched their Kickstarter campaign yet to jump-start production, but Robin knew he needed to start creating buzz and building his list in advance to succeed.

Hearing of how successful the waiting lists of companies such as Inbox and Mondo. Robin knew he needed this in his life.

Most importantly, like most early-stage products he needed to do it with basically zero budget.

He decided to host a waiting list giveaway to encourage email signups. Offer up your email address and enter to win a pair of TOKAY Ultimate Frisbee shoes.

But Robin had a problem:

TOKAY was brand new. TOKAY had just set up their social profiles recently, and didn’t have a lot of followers yet.

A giveaway to their current audience would attract what? A few mates…perhaps?

So what could they do to get thousands of email signups when no one knew who they were?

The solution: A simple to install Viral Waiting List

Robin came across our tool — Maître Viral Waiting List— to solve his problem.

Maître is a viral weapon — something that makes people want to sign up and share the contest with all their friends.

All you have to do is, Install it on your site, drive traffic and incentivize your subscribers.

Here’s how it works:

So instead of offering your subscribers a random chance to win, you give them an opportunity to compete for the top spot, and refer even more people in the process:

By gamifying your social contest you can guarantee more subscribers, even if you’re not well known around the web.

Robin jumped on the opportunity and installed Maître on his site. He figured the referrals would get him a few extra signups.

He didn’t expect what happened next:

Robin set up a landing page on their website explaining the giveaway on September 13th.

Subscribe and share as much as you can over the next 4 weeks to increase your chances of winning a pair of Ultimate Frisbee shoes:

TRAFFIC: They promoted the contest on social media

They posted updates about the contest all month long, and most of their direct traffic (non-referral traffic) came from social media.

But check this out:

ENGAGEMENT: They promoted the contest through email

TOKAY had already built a modest list of email subscribers, so Robin promoted the contest to them as well:

As their subscribers quickly grew during the first few weeks of the contest, TOKAY promoted to them with follow-up reminders. Robin offered tips and encouragement to get to the top of the contest list:

They announced the winner

The contest ended on October 13th, so they announced the winners. In their email campaign and on their blog they profiled 5 winners — people who drove the most referrals for the contest:

No followers? No budget? Use viral as a growth channel.

Robin created a contest and installed Maître to encourage contestants to share. He never expected the contest to really go viral.

With the help of social sharing and a few targeted emails — TOKAY managed to get 2500 new subscribers in a few weeks.

The key to success was the referral system. TOKAY had a tiny email list and brand new social accounts.

So how did they drive traffic to their page?

By friends sharing the contest with others.

Robin couldn’t even say how much they spent to acquire 2500 new subscribers. TOKAY had to offer up 5 pairs of free shoes, but that’s about it.

By using Maître and investing their time promoting the campaign, TOKAY managed to build their list by simply giving away their product.

But that’s not all…

The benefits didn’t stop there. In November TOKAY launched their Kickstarter campaign to jumpstart shoe production.

They’ve been promoting it on social media and to their impressive email list — built from their viral contest.

As of this writing, they have now achieved 130% of their funding target!

By creating a viral giveaway of ultimate frisbee shoes, Robin built a valuable, relevant list that he can continue to market to for future projects as well.

Key takeaways: What TOKAY’s story teaches us about list building

TOKAY’s case is just one of many success stories with viral content marketing. Here are a few lessons that Robin learned from the experience:

And if you use a tool like Maître, you don’t need any technical skills to make it happen.

Maître is no more