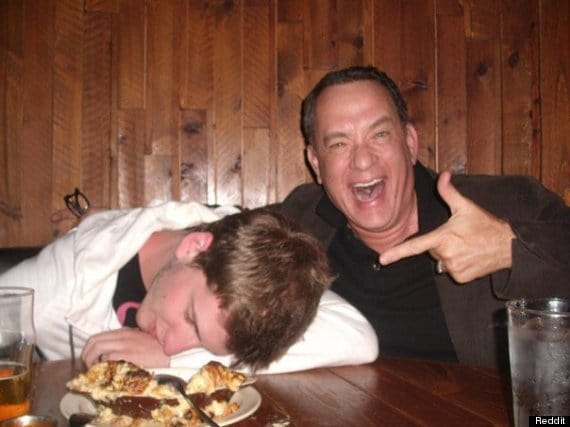 Marketing on Reddit is a famously tough nut for Entrepreneurs – but with the right strategy, you can crack it. Join us as we show you how Jon Buchan, a copywriter who used colorful storytelling, subtle conversion strategy and trust-building tactics to do exactly that.

Thanks to its actively anti-corporate audience, Reddit is deemed a no-go area by many marketers. However, the opportunity it represents is huge.

Consider this. Reddit has 234 million monthly users worldwide, who electively channel themselves into interest groups – i.e. reddits and sub-reddits – of varying specificity. It has a global Alexa ranking of #8. For the right marketer, this infamously anti-marketing platform is a potential goldmine.

Don’t believe us? Ask Jon Buchan, lead copywriter at Charm Offensive and founder of the Facebook group of the same name. Check out the points he scored on this Reddit post:

All this, through a channel that’s supposed to be kryptonite to marketers! Let’s talk through the tactics that helped his post win redditors’ hearts and – more remarkably – their email addresses.

Jon’s target market is Entrepreneurs like you and I, so he promoted his posts across…

That being said, Reddit is full of 1,000s of niche communities, and it’s arguably easier to target other niches which are less saturated with posts by digital marketing folk.

Literally head to Google now and type ‘Subreddit [your niche keyword]’. Some will pop up.

It all starts with a compelling story

From the title alone – “The Drunk Cold Email that Changed My Life” – the reader knows there’s a compelling story here.

When Maître asked Jon about his approach to writing his post, he told us he’d accidentally used a tried-and-tested story arc formula: Identity, Struggle, Discovery, Surprise.

It’s easy to pick out these four elements in Jon’s story:

Identity, Struggle, Discovery, Surprise makes for a fantastic story structure – but you’ll need to go further than that to write a smash hit.

Above all, you need a story that’s unusual and interesting. If you can write a title that sounds completely unlike anything you’ve read before, you’ll be onto something. How often have you read about someone writing a cold email while under the influence?

Second, you need to write about true, personal experiences. Redditors have an infamous knack for ripping apart false claims. Aim, like Jon Buchan, to choose a story that shows you progressing from your most vulnerable to your most successful. Larger brands should note that personal stories from founders or senior staff are far better suited to Reddit than content relating to the brand as a whole.

Readers don’t just want to know what you’ve done – they want to know how it affected your life. This is why Jon mentions some of the major clients he’s bagged thanks to his copywriting tactics. A copywriting strategy is so much more interesting when the reader knows it earned the author an audience with Pepsi.

Jon tells us he adds regular splashes of humour to charm his readers – “I try to make them laugh within ten seconds.” He also notes that accidental is always more interesting than deliberate, especially when the results are life-changing.

However sensational your story, if it comes across as excessively self-serving or promotional, it won’t go down well on Reddit.

Jon Buchan has skillfully navigated this potential minefield by employing tactics to earn the reader’s favour.

Above all, he’s generous. Notice how he openly offers help to anyone who requests it. “If you […] have any questions, do comment below.”

We can also see an appealing openness in Jon’s willingness to share his intellectual property.

For example, the post includes a link to one of Jon’s cold letters, thus providing real value for the reader. Jon says he believes his generosity in showing and explaining his intellectual property is what convinced Redditors to “allow” him to include a link to his Facebook group, later in the article.

We can see another trust-building strategy within this very link. Notice how the letter template is shown via an impressed recipient’s Twitter-feed, rather than on Jon’s website. This provides evidence to back up Jon’s claims.

That Jon felt the need to use this tactic thrice in this single post (see the bottom of post) will give you some measure of the scepticism you’ll find on Reddit. The more evidence you can use to support your story, the better.

Engaging with the community

Achieving visibility isn’t just about getting upvotes – post comments count for just as much.

This is one of the reasons why Jon says he responds to all comments, good and bad. Every comment boosts his posts higher up the rankings, and this helps build momentum.

Engaging with the community in this way is also a facet of trust-building. It allows the poster to offer counter-arguments to negative comments, and it signals a genuine, ongoing interest in the conversation.

Perhaps most crucially of all, commenting back encourages more people to comment, as it shows they’ll get a response.

Until you reach the very end of Jon’s story, you could be forgiven for assuming it has no conversion goals built into it whatsoever. This is no accident – the author wants to do everything he can to build trust before asking for anything in return.

As a matter of fact, the post caters for three conversion goals, executed via two links at the foot of the article:

We can consider the second link as relatively safe to include – really, it’s just asking Redditors to continue browsing Reddit.

The first link (to the Facebook group) requires greater delicacy, as it involves a jump from the relatively anti-corporate Reddit to Facebook, the ninth most valuable brand in the world.

The fact that Jon gets away with this can be put down to a combination of his trust-building work from earlier in the article, and the delicate way in which he presents the link. Note how he mentions the group is free in the preamble to the link.

That’s two conversions – but where’s the third? You’ll find it included ever-so-subtly, just after the jump to Jon’s Facebook group.

A few weeks back, Facebook released a new feature that allows group owners to make it a requirement for people to answer three questions when they request to join.

One of the questions people have to answer when they request to join John’s group is: “Would you like a magic email cheat sheet? If so put your email here, if not I won’t be too offended. ;)”

Those who say yes are sent the email cheat sheet, and that puts them on Jon’s email list. This setup allows Jon to build up his email list and Facebook group at the same time.

Not only is Jon’s Reddit directly earning him two valuable types of conversion: subreddit and Facebook group joins; it’s also providing an even more valuable conversion type in the shape of email list sign-ups.

Jon’s story shows how you achieve success on Reddit, through storytelling, trust-building and sensitive conversion tactics. The end result: conversions, leads and sales. Who says the world’s eight most popular website isn’t for marketers?